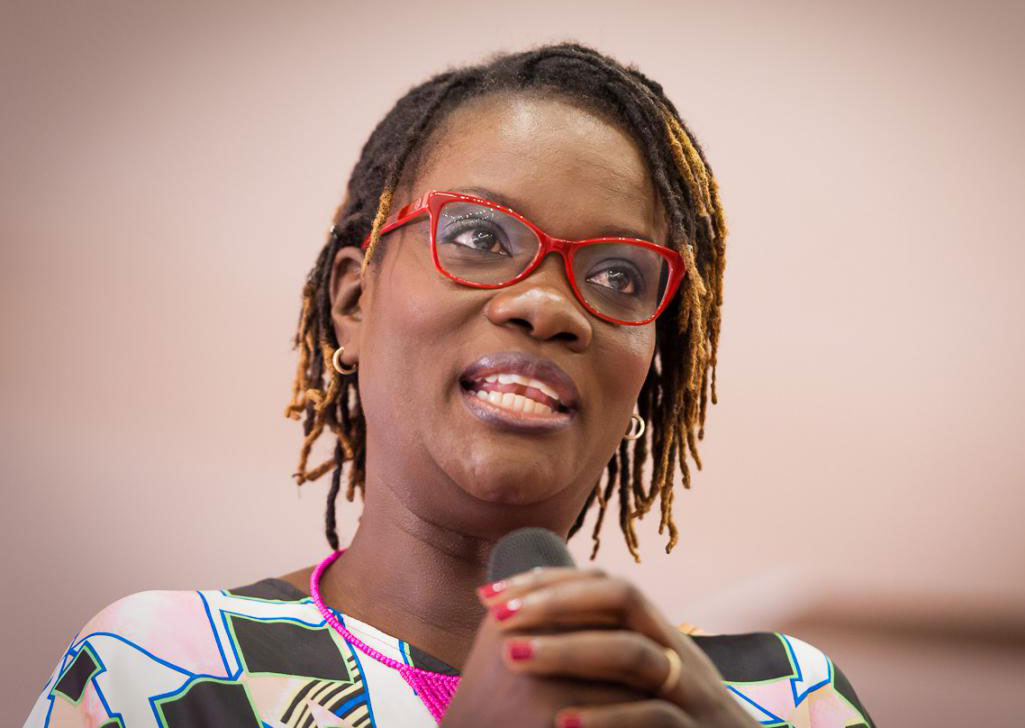 A journalist by profession, Mrs. Aminatou Sar had worked for many years in newspapers and Senegalese radio stations before joining the NGOs’ world. For 10 years she worked at the Plan International regional Office for West and central Africa as the child media programs coordinator, promoting child rights through radio across 10 countries. She was also the head of the International Secretariat of Amnesty International in West Africa for 6 years at the same time as acting as the Director of the Africa Human Rights Education Programme covering 13 countries in West, Eastern, Central and southern Africa regions.

In January 2016, she joined the Reproductive Health Supplies Coalition (RHSC) as senior regional advisor for the Forum for the Contraceptive Security in Francophone Africa (SECONAF) and is now serving as PATH Senegal Country Representative. She is Senegalese and French by nationality and is based in Dakar, Senegal.

As Regional Advisor for the Forum for Contraceptive Security in Francophone Africa (SECONAF) the francophone Africa branch of the Reproductive Health Supplies Coalition (RHSC) I worked directly with key stakeholders on the health system in West Africa to advocate for women and girls access to safe, quality, affordable, accessible contraceptive methods.

SheDecides is a unique opportunity to show women and girls that they matter, and that their voices need to be heard by general society and decision-makers. I have been working for more than two decades to advance girls’ and women rights in the course of my professional but also personal life. This long struggle to offer women and girls space and opportunities to be seen and heard has taught me that nothing is taken for granted: it’s a daily battle and as soon as we forget it, or are not vigilant enough, devastating policies like the Global Gag rule will be enforced. One cannot imagine the magnitude of political decisions at the global as well as local level on women and girls’ rights around the world. The global gag rule, rather than demotivating us, has galvanised us! I like the spontaneity and energy through which people have joined forces and voices to stand by women and girls around the world. A magnificent expression of worldwide solidarity I am very proud to be part of.

PATH is the proud driver of the introduction of DMPA/SC more commonly known as Sayana Press® the first auto-injectable contraception. This is a life-changing method which will provide women and girls more autonomy and control over their bodies. Above all, it will help those who experience difficulty accessing health services, or who are facing social and religious pressures to get married because of lacking the access to contraception. Sayana Press® definitely expands the options for women and girls to get the contraceptive they want, without question.

In my different professional experiences, as well as from some non-professional engagements, during the past two decades, I have worked with international and national human rights/development organizations such as Plan International and Amnesty International. These opportunities allowed me to work extensively on women’s empowerment and access to justice, tackling violence against women and discrimination, community engagement and participatory methodologies.

From my experience within RHSC/PATH, Plan International and Amnesty International I was able to gain strong knowledge of and high appreciation for the multi-facetted and multi-dimensional child rights, human rights and advocacy work going on within organisations whose mission, objectives and work particularly fit my own personal aspirations to dedicate my life to the sustainable development of Africa, with the aim that no-one should be left behind.

I will talk about my own region of West Africa; however, I guess the same could apply to so many parts of the world. Deeply-entrenched traditional and religious beliefs and myths, as well as wider gender inequalities combine with strong cultural barriers to women’s participation in decision making processes are key challenges faced by women and girls.

Upholding the rights of women and girls, including their rights to control their own bodies and to determine who and when to marry or to choose to continue with education is fundamental as it can lead to a wide range of benefits for wider society, including contributing to poverty eradication.

Today, the perpetuation of female genital cutting, early and forced marriage and other harmful practices have a lifelong impact on women’s health and education, exacerbating poverty and disadvantage. Despite many of our countries having signed most of the conventions and declarations against these practices, there remains a gap in the lack of legal enforcement and decisions-makers taking responsibility, despite the push of so many brave CBOs and local associations.

The most powerful story I have is from when I was working with Amnesty International. In a small town in central Senegal, there was the rape of a 10 years old girl by a powerful local leader who strongly believed that nothing would happen to him due his connections with powerful people.

Thanks to the human rights education work that we’ve been doing there; the mother approached our local partner despite the threats from even her husband to seek legal assistance. Women in that local association mobilised themselves, found pro-bono lawyers and provided protection to the mother and the girl against retaliation and pressure. The case was brought before the court who sentenced the man to 10 years’ imprisonment.

This made me realise that the work we are doing is vitally important. The more people know their rights, the more they will defend them and most importantly, they will also defend the rights of others. The solidarity and courage shown by these women and girls is still an inspiration for me.

Because it is a woman’s and girl's right to decide. Because it is the only way we can live in a world where nobody is left behind. Because it is time to say it loudly, and take actions to challenge all kind of discrimination. Because women and girls matter. Because no-one can stop the sea with their arms. And we will do this together with women, girls, men and boys across the world because it should be everyone’s problem. We will get there by working hand-in-hand, joining forces and resources, by sharing knowledge and experiences and by understanding that nobody will do it in our place.

Our determination should be higher than the one of those who would like to confine women and girls in the back seats and we should remind ourselves that nothing is taken for granted forever. Advancing women’s and girls’ rights is a daily battle if we want to avoid going backward. And we can do it. SheDecides is already doing it!