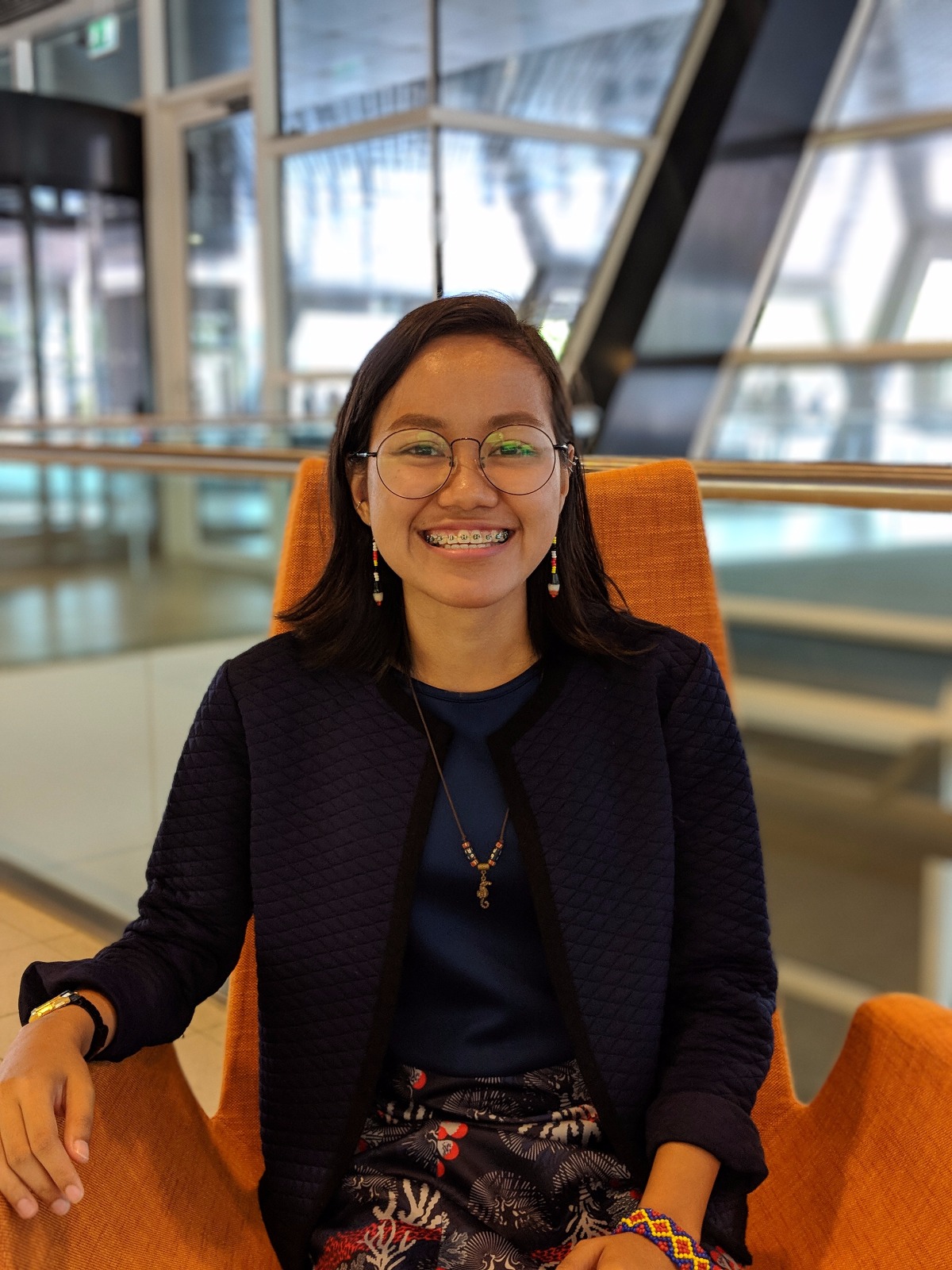 Jona Claire Turalde is a Champion and member of the Guiding Group of the SheDecides movement.

She is also one of the founders of the International Youth Alliance for Family Planning in the Philippines. She was a Girl Advisor of the "Girls to the front: a snapshot of girl organising" research and junior fellow in Youth Investment, Engagement, Leadership and Development (YIELD) and Adolescent and Youth Sexual and Reproductive Health and Rights (AYSRHR): Building Towards an Informed Investment Strategy Project Advisory Group.

Jona was one of the proponents of the United Nations Philippines Youth Advisory Board and has participated in several international advocacy initiatives and youth participatory research on sexual and reproductive health and rights, comprehensive sexuality education, HIV and AIDS and girls’ organising.

Now we turn the spotlight on Jona Turalde, a young, fearless and powerful voice for women’s bodily autonomy in the Philippines. When Jona is not actively pursuing her Bachelor’s degree in Anthropology n the University of the Philippines Diliman, she is engaged with the International Youth Council Pilipinas, a youth civil society organization for civic engagement and a member of ACT! 2030 Philippine Alliance.

Jona says she is inspired by the SheDecides movement because it serves as a platform for her to put an end to sexual harassment in public places which she and countless other women and girls face on a daily basis in her country. ‘I know that this does not only happen to me, but also to my friends, my relatives and every woman out there. Even worse. I am strongly eager to work hard because I still hope for a day wherein my 7-year old sister won't experience this kind of harassment. She will never be too scared to fight back.’

She also hopes to see the end of misogyny which according to her is on the rise and quickly becoming the norm. ‘When a young girl or woman is still being told by men what to do about their own body, there is a need to address this kind of thinking…The realization that every woman shall be empowered, is seemed to be neglected by the Filipino people and state. It's always tackled on the side, never been a priority. Equality for women is a long drive to go.’


1.        Tell us briefly why you are passionate about being involved with SheDecides.

When I first encountered and read the SheDecides manifesto, I said to myself, "Everything that I want to be part of is written in this manifesto". It's the full embodiment of what I believe in and of what I will be doing. SheDecides as a movement covers what a woman shall achieve and shall enjoy in this society. A key to a successful advocacy initiative is inclusivity and sustainability. I can really say that SheDecides as a movement encompasses these all. SheDecides includes everyone from different sectors, cultures, ethnicity, and backgrounds. Every woman from everywhere is being cared for, thought of, and working hard for, so she can freely decide for herself.

It's actually an honor to work with every actor, advocate and stakeholder from all over the world in different regions, standing up and making concrete actions.

2.       Briefly describe how you are working hard so women and girls can make decisions themselves about their bodies.

In my 3 years of being an advocate, I mainly focus on youth policy advocacy, but girls' and women's advocacy can't be disassociated from these. I was thoroughly exposed to a lot of sexual and reproductive health and rights initiatives in the Philippines. That's why I also became active in consultations and policy briefings and lobbying.

Last year I joined 5 other young girls from different parts of the world in a side event at the World Health Assembly in May 2017 representing Act! 2030, wherein my youth organization International Youth Council Pilipinas is a member of the alliance. It is the Citizen Led Accountability event where adolescents and youth representatives like myself were given a chance to tackle our respective country situations on sexual and reproductive health and rights.

Being part of the Reproductive Health Law National Implementation Team have helped me tap far-flung communities and make concrete actions and suggestions as a youth representative inside our Ministry of Health. It has truly helped me represent the youth in women and SRHR issues.

Also, being part of YIELD for AYSRHR , a youth advisory group that targets generating informed guidelines for stakeholders and actors in investing and making future action for SRHR intiatives, made me work by doing focus group discussions here in the Philippines to be included in the international research that the group has been crafting.

Lastly, as part of the Women's Month and SheDecides anniversary, we are working on a summit called #YES4HER to celebrate girls and women, engaging youth actors from different parts of the Philippines. This will be on March 2nd this year.

3.       What is the biggest challenge facing women and girls in your region? Why?

In my opinion, the biggest challenge in our country is sustaining the empowerment of young girls and women who will become future leaders who have the ideals of equality, equity and justice especially these times when misogyny is on the rise and has the tendency of becoming a norm. When a young girl or woman is still being told by men what to do about their own body, there is a need to address this kind of thinking.

The realization that every woman shall be empowered seems to be neglected by the Filipino people and state. It's always tackled on the side, and has never been a priority.

Equality for women has a long drive ahead.

This one is a very personal experience for me. I always commute when I go to a lot of places here in the Metro. We ride jeepneys wherein 8 to 10 people are sitting side by side next to each other. Very close to each other, arm to arm, leg to leg, skin to skin even sweat to sweat. This has not only happened once but a couple of times for many years. When I am seated beside a man, afterawhile I can feel that he slowly touches my leg, and then one time a guy slowly aimed to touch my private part. I can't shout or even fight back for I know i that in this situation, I can be in more trouble.

I know that this does not only happen to me, but also to my friends, my relatives and every woman out there. Even worse.

I am strongly eager to work hard because I still hope for a day wherein my 7-year old sister won't experience this kind of harrassment. She will never be too scared to fight back.

5.       How are we going to get to a future where SheDecides, without question?

This is an open letter to everyone especially to the youth.

Wisely use social media as a campaign tool to productively make the people realize the need to voice out women's issues. Stregthen and lobby a standardized and well- implemented Comprehensive Sexuality Education in schools. Be a catalyst and changemaker in the policy drafting, consultations to further influence stakeholders in prioritizing women issues such as teenage pregnancies, rape, sexual harrassment, violence against women. Tap everyone who are involved from everywhere, from the city, far flung communities to stand up and speak out, share narratives and continously help in capacity building. Plan, initiate, advocate and be part of a movement that ensures that She decides for her future without question.