Independent, Founder of SheDecides, the Netherlands 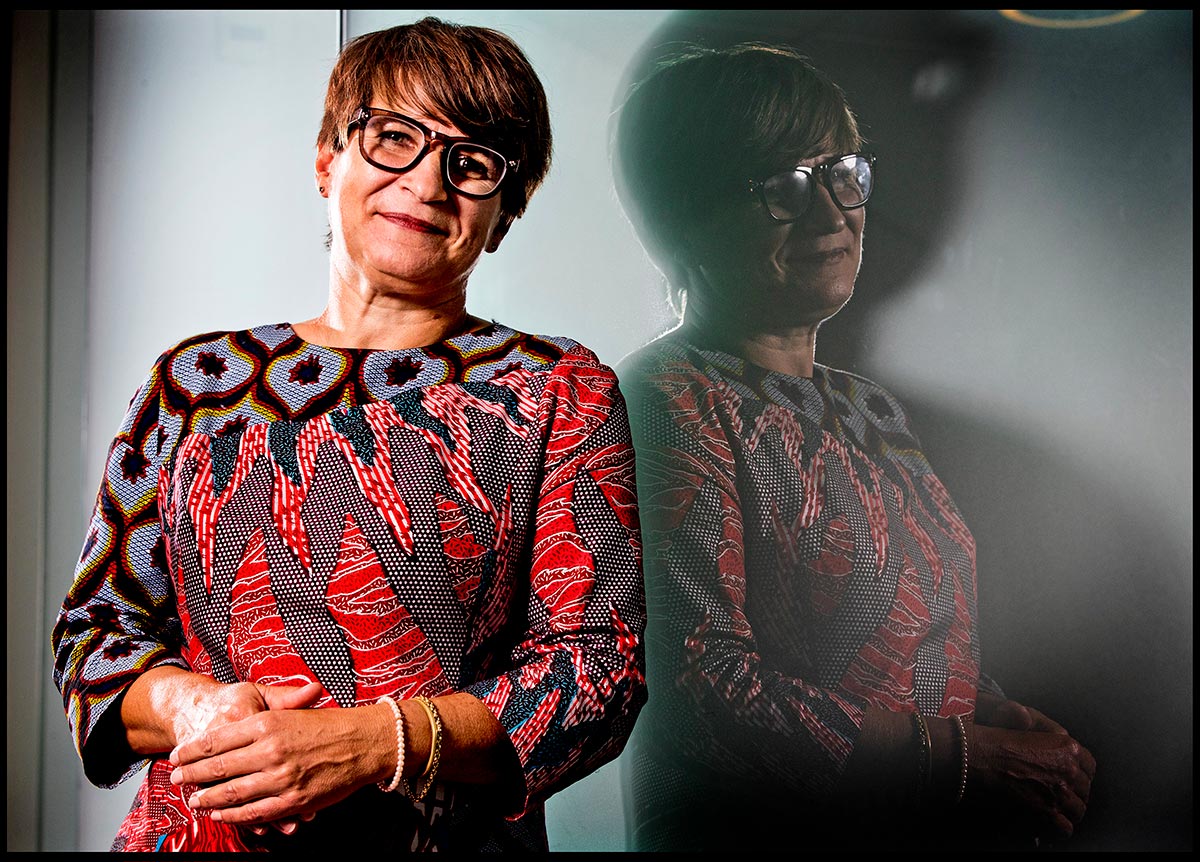 Today we turn the spotlight on Lilianne Ploumen, SheDecides founder and Member of Parliament of the Netherlands. When President Trump signed the Global Gag Rule in January 2017, Ploumen, then Dutch Minister of Foreign Trade and Development Cooperation took a bold step to say 'He doesn’t get to decides about women's bodies... She Decides'. These two words began as a rallying cry, then a call to action, a hashtag, and just six weeks later, a conference where which saw over 200 million dollars pledged to organizations that were affected by the Global Gag Rule.

Ploumen reflects on two stories that push her to drive for change every day. One of them about Nabirye from Uganda, married off as a teen, dropped out of school and now with 3 children, and the other about 11 year old Akhi from Bangladesh, married off as teen as well but after an intervention, a decision was made by her family allowing her to not get pregnant before she could finish secondary school:

Let me be clear: both these girls' stories upset me. No underage girls should be married off, yet many thousands are. And in my perfect world, only Akhi and nobody else would make decisions with regards to Akhi's body - not her husband, not her in-laws, and no one else. But that perfect world is still far off. For too many women, others stand in the way of them exercising their full autonomy. Millions of girls and women are not the true masters of their own bodies. And that needs to change! Investing in women's right to decide over their own bodies is not only the right thing to do, it is also the smartest investment one can make."


Tell us briefly why you are passionate about being involved with SheDecides?

On one of his first days in office, the freshly sworn in president of the United States signed a document that would have catastrophic consequences for girls and women all over the world. The global gag rule directly affects the ability of girls and women to decide what happens to their bodies. And I sprang into action, hoping that many who believe that girls and women should be free would support my initiative.

SheDecides began as a rallying cry. It was a call to action for all those who shared a visceral desire to do something. It then became a hashtag, and just six weeks later, there was a conference where we saw 200 million dollars pledged to organisations that were affected by the Global Gag Rule. Brave, tireless, and brilliant organisations and individuals have been working on matters concerning girls’ and women’s bodily autonomy and comprehensive health care for decades. And suddenly, the rest of the world was paying attention, too. Her right to decide came into the centre of a political conversation and suddenly we were embracing a new energy and a new language that brings more and more people, from all walks of life, on board to embrace the idea of SheDecides.

What is the biggest challenge facing women and girls?

Can I rephrase this question into: what are the opportunities if the world invests in women? Look at what can be achieved by investing in women’s rights. Women represent the largest source of untapped economic potential. The McKinsey Global Institute think-tank estimates that advancing women’s equality could add $12 trillion to global growth by 2025. Closing the gender gap would be the smartest investment the world has ever made. Knowledge about sexual health and contraceptives helps prevent teenage pregnancy and its many consequences. Girls would not drop out of school — we know that each additional year of schooling increases girls’ future earnings by 10-20 per cent. What is more, the benefits of modern contraceptives are incontestable. An estimated 214m women in developing countries would use contraceptives if they had them. Investing in contraception yields a very high return: availability of birth control means, for instance, fewer teenage pregnancies and school dropouts, fewer unsafe abortions and maternal deaths, lower overall healthcare costs and more productive years for women. We would all benefit if the world would invest in women’s rights.

Tell us a story of a moment that drives you to do what you do every day.

Here is the story of Nabirye, a young Ugandan woman. Her mother had eight children, and Nabirye was number six. Her parents couldn’t afford school fees for all of their children, so Nabirye dropped out of primary school. She was married off in her teens, and now, at 20, she already has 3 children of her own. It was Nabirye’s dream to become a teacher. Had she grown up in a smaller family, she would have been able to finish school. Would you say Nabirye had a fair chance to discover and fulfil her potential? I wouldn’t. Nabirye herself thinks it’s important to educate young people about the benefits of having smaller families and how to plan their pregnancies accordingly.

Now compare Nabirye’s story with that of a young girl, Akhi, from Bangladesh. Akhi’s parents couldn’t provide for her and she was married off at the age of eleven. She could well have dropped out of school - her seventeen-year old sister-in-law already had two children. Thankfully, a local organization called IMAGE was able to coach Akhi, her young husband and her in-laws. Together, they decided that Akhi would not get pregnant before she could finish secondary school.

Let me be clear: both these girls’ stories upset me. No underage girls should be married off, yet many thousands are. And in my perfect world, only Akhi and nobody else would make decisions with regards to Akhi’s body - not her husband, not her in-laws, and no one else. But that perfect world is still far off. For too many women, others stand in the way of them exercising their full autonomy. Millions of girls and women are not the true masters of their own bodies. And that needs to change!

How are we going to get to a future where SheDecides, without question?

There is both an easy and a complicated answer to the question: norms and values, laws, codes and habits are preventing many women from being who they can be, from being the masters of their own fate and their own bodies. These written and unwritten rules have to change. And here is where I ask everyone to do their part: stand up and make your voice heard, be in solidarity, call on your governments and organise for change!