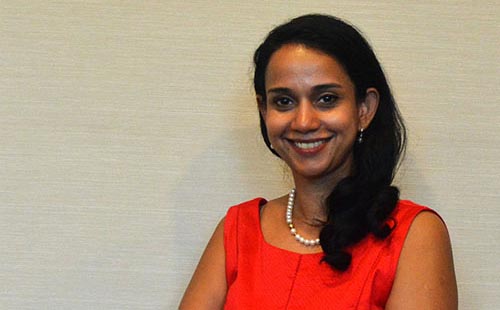 Siva is currently the Executive Director of the Asian-Pacific Resource & Research Centre for Women (ARROW), a regional partnership organization which is working across 15 priority countries in Asia-Pacific, and with regional organisations and networks across the global south.

Siva's different career choices which included teaching, writing, commercial publishing, communications and working at the UN gave her opportunities to explore many work disciplines and form her ideals of working in partnerships and respecting diversity. She is the lead conceptualiser of the ARROW’s ‘Reclaiming & Redefining Rights’ which monitored the progress of SRHR across 5 regions of the Global South and is the lead author of the Asia-Pacific report. She writes and advocates extensively on sexual and reproductive rights. In her previous life, she co-wrote and edited books on Agenda 21 - ‘Cities, Chaos & Creativity: A Sourcebook for Communicators’,‘Cities, Citizens & Civilisations: Frequently Asked Questions on Good Urban Governance‘ and ‘Agenda for Action: Action for Better Cities.

She Decides comes at a pivotal point in time. Whilst there is a lot of buzz about gender equality and women’s empowerment there is less emphasis on substantive equality, and individual agency, autonomy and liberty of women and girls. She Decides places these discussions on agency and autonomy as central to gender equality and women’s empowerment. This necessitates difficult but essential conversations on access to safe abortion services, LGBT For me, She Decides presents that platform to bring different stakeholders, organisations and individuals to discuss a plethora of issues, and to build upon and articulate these issues from the foundations of autonomy, agency and decision-making of women and girls. ARROW has been working in the last 26 years in the region on the sexual and reproductive rights of women and young people with more than 70 partners across 17 countries in the region. We work with organisations to build perspectives and capacities on how we can hold governments accountable to the commitments towards women and young people. Our partners work with us through a number of key strategies to achieve this. This includes mobilisation of communities, generating evidence to show gaps in accomplishments, policy advocacy, and working through accountability mechanisms at national and global levels. There are few big challenges facing us, but fortunately none of them are insurmountable! One, the rise of religious conservatives to power, and their political agenda to roll back and whittle sexual and reproductive rights of girls and women to naught. These religious conservatives fully comprehend that control of bodies results in control of lives. Two, climate change which affects the lives of girls and women, by placing additional burdens on tasks such supplying food, water and energy needs of families as well as increasing risks of violence and sexual violence. If we see gender equality as a model that is achieved in a linear manner ‘if all things are held constant,’ climate change is the key risk that threatens the assumption of ‘all things held constant.’ We need to be able to be cognisant of these new and emerging threats, and adequately prepare and programme for them – in order to reach our goals. Three, is the obvious and disparate power imbalances between countries and within countries which results in deliberate marginalisations based on gender, class, race, religion and sexuality. This makes it difficult for girls and women, especially certain specific groups of women and girls, to become equal in society. Many years ago I worked in a magazine. There was a young gay man who struggled to reconcile his sexuality and his faith and was ridden with guilt - torn constantly between his beliefs and his desires. He would often tell his colleagues in his department that he knew what he was doing was wrong. Since I was in another department I never interfered in these conversations. I then left the organisation and learned that he later committed suicide. That event showed me how an individual could be discriminated on the basis of their sexuality and their sexual orientation, and that that experience is something very real and could drive a person to end their life. It was also then I realised that inclusivity and compassion should be fundamental in life – whether at home, in the office, at temple or church – it makes a difference in someone’s life. It’s important for girls and women on the ground realise that these are our fundamental rights and no one should be denying us these rights. If we are able to raise awareness, and build capacities within communities to claim these rights from duty-bearers, we will be able to get to the point that She Decides. Without question.