The United States Supreme Court decision to reverse Roe v Wade and roll back 50 years of safe abortion access and care is a catastrophic blow that will impact the lives of millions of women and girls.

With the federal protection of abortion rights removed, the decision to provide legal abortion services now rests in the hands of state law makers. With 26 states likely to ban abortion over the coming weeks, access to abortion services will be severely restricted. Pregnant people seeking a termination in a state that has banned abortion will be forced to continue with an unwanted pregnancy, travel to another state often at great expense – an option only available to those who can afford it - or seek unsafe termination methods, putting the lives and health of women at terrible risk. The foundation of a fair and equal world for women and girls in all their diversity is the right to decide about their own bodies. Every woman everywhere has the right to safe, legal abortion. The evidence is clear. Restrictive abortion laws kill women. 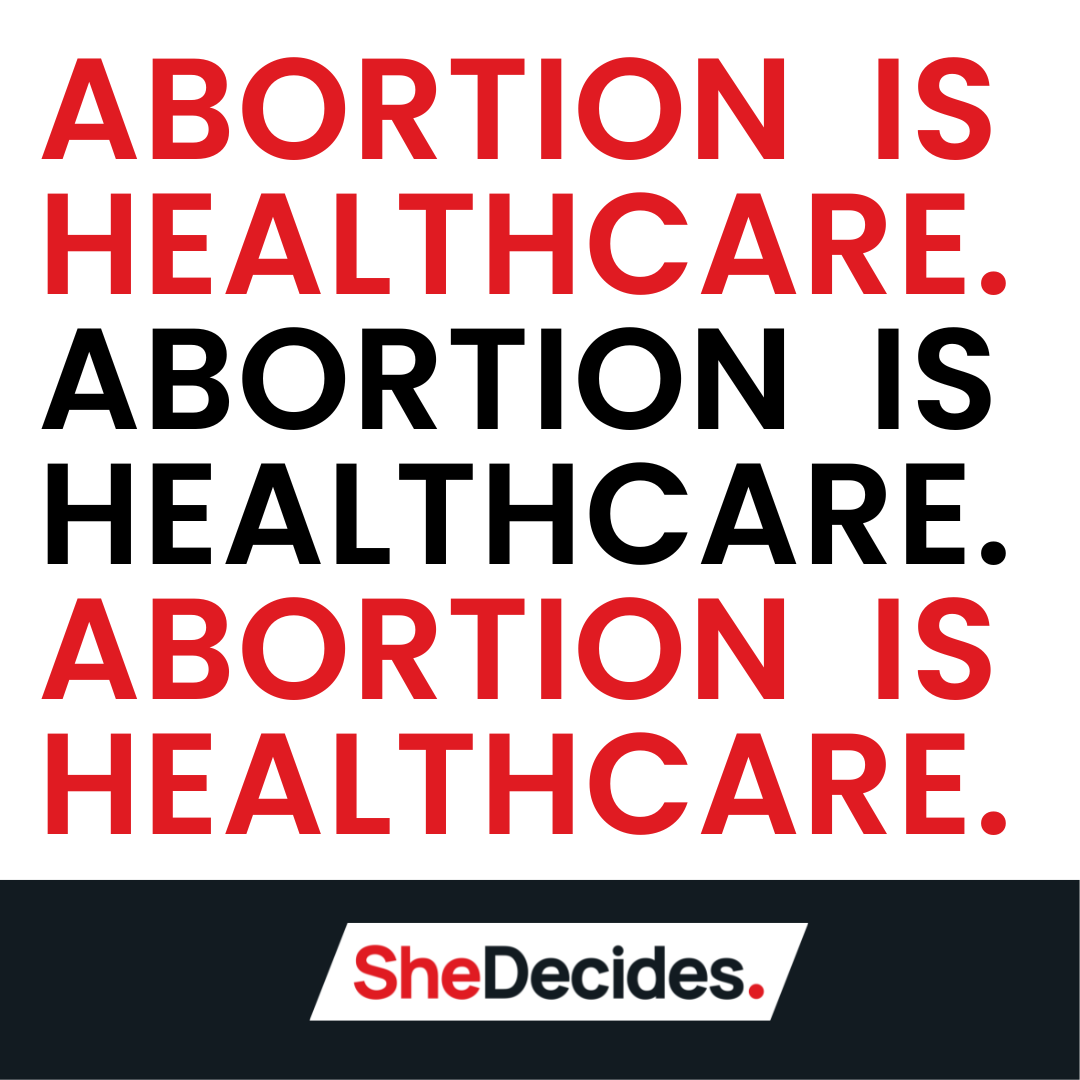 As well as devastating the lives of women and girls in the United States, the Supreme Court’s decision to dismantle Roe v Wade will set a cataclysmic global precedent, emboldening anti-choice opposition groups elsewhere, and threatening the wider spectrum of hard-won human rights. Around the world, attitudes to abortion are shifting and support for bodily autonomy is growing. Governments are passing laws to advance bodily autonomy, guided by medical evidence and public demand to secure abortion as essential health care. We have seen progress on abortion laws in Argentina, Benin, Colombia, Kenya, Mexico, Thailand and elsewhere. These gains are in stark contrast to the roll-back in the US. We must continue to challenge regression, support abortion providers in the US, expose opposition groups and their tactics and defend reproductive rights.

The SheDecides community stands in solidarity with all women and girls in the United States as their freedoms are limited and their right to make the most critical of choices about their bodies, lives and futures is removed. As a global movement for reproductive freedom everywhere we stand alongside our allies fighting for this fundamental right. To speak out against the Supreme Court decision and show your support for abortion rights, sign on to the PPFA statement of solidarity.

Access to safe legal abortion care is a human right. No one should be forced to carry an unwanted pregnancy to term; and no woman should die due to unsafe abortion, pregnancy or childbirth. As SheDecides champions we will continue to speak out and fight to protect pregnant people’s right to terminate unwanted pregnancies and access safe, legal abortion services and abortion care. Because we know that we will only achieve gender equality when every woman and girl has the right to decide about her body life and future. Without question.