The French government has announced its support for SheDecides, the global political movement that promotes a world where every girl and woman can decide what to do with her body, her life and her future. Without question.
French Minister of Gender Equality, Marlene Schiappa, will become a Champion of the movement. Schiappa will be at the forefront of SheDecides’ efforts, helping to change attitudes, laws and unlock the resources needed to support women and girls across the world.

SheDecides was founded in 2017 by Dutch MP Liliane Ploumen, at the time the Dutch Minister for Foreign Trade and Development, and now vice-Chair of the SheDecides movement. It was an urgent response to the reintroduction and expansion of the US Global Gag Rule. This threatened to cause huge damage to already weak health services around the world, especially those providing safe abortion care and sexuality education – with devastating effects on women, girls and their communities around the world. 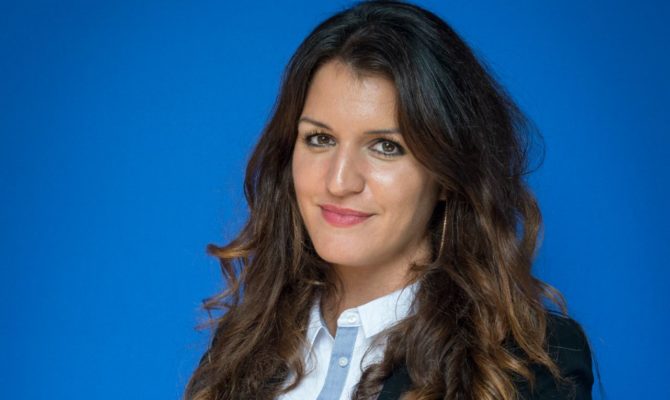 Since the spark for the movement less than two years ago, SheDecides has gone from strength to strength. Today, SheDecides is a global political movement driving change, fueled by action in communities, and with young people at its heart. SheDecides connects diverse Champions and Friends from all over the world to take action to stand up, speak out, change the rules and unlock resources. The ambition is a world where girls and women everywhere can access the information and education to make their own choices, to enjoy their bodies; to have access to the full range of quality care that unite all parts of her sexual and reproductive life and health.

Earlier this year, SheDecides appointed the movement’s first ever Chair, dynamic young leader Tikhala Itaye, from Her Liberty in Malawi, who leads a group of 40 diverse Champions, who serve as ambassadors for the movement. Champions bring a wealth of experience from across the world to help create a new normal where every girl and woman can decide what to do with her body, with her life and with her future. Without question.

SheDecides is making significant progress in many regions, with political leadership, community action, and youth engagement in Southern Africa being the most recent example. SheDecides movements are taking off throughout Southern Africa, focused on making real change in the region, with strong leadership from SheDecides Champions, Dr Aaron Motsoaledi and Dr Bernard Haufiku - the Minsiters of Health in South Africa and Namibia, who have pledged to bring SheDecides movement to the SADC region.

“Denmark has been a proud supporter of SheDecides since it was launched in early 2017. We are now proud to be the first government to get behind the bold ambition of taking SheDecides to the local level. This is where we will make real change: where every girl and woman, She Decides. Without Question.”

“Belgium was one of the first countries to support SheDecides. We hosted the international conference in Brussels on 2 March 2017 that rallied support from more than 45 countries and organizations and raised 181 million euros. “It is important that SheDecides continues its work to mobilize energy and funds for sexual and reproductive health and rights. That’s why Belgium is pleased to grant 400.000 euro to the SheDecides Support Unit.”

Tikhala Itaye, SheDecides Chairperson, said: “As we near the end of the second full year of existence, SheDecides reflects with great pride on how far we have come in so little time. These commitments represent a growing consensus from progressive governments, from vibrant youth leaders, from NGOs working across many issues, from bold midwives and other professionals and advocates that now is the time to act, to create change and protect the right of all women and girls to have the power to decide for ourselves what we do with our bodies, our lives and our futures. “We welcome Minister Schiappa, and we welcome France to SheDecides. We look forward to the expertise and passion Marlene Schiappa brings to building the movement, protecting and promoting the rights of women and girls across the world. “We are so grateful to the Danish and Belgian governments for the new funding for the Support Unit which will help the movement to make big change, especially at local level, so that Champions and Friends can work together to create a new normal where every woman and every girl has the power to decide. Without question.”