Crossing Perspectives: Toward a Sustainable, Inclusive and Feminist Future After Covid19

If you are familiar with women’s rights, chances are you know this - women and girls are often the most impacted when the boat starts to rock. Whether it is a humanitarian emergency, an economic crisis, a climate event, or migration. Why would the Covid-19 pandemic and the ensuing  sanitary crisis be any different?

It is women who are most exposed to gender-based violence. And it’s them, with the lockdown enforced in many countries, who are trapped at home with their oppressor. It is women who most need vital sexual and reproductive health services, at all times. And it’s women, right now, who have difficulties accessing safe abortion, pre and post-natal care, and contraception now more than ever. It is young girls who likely won’t attend school when it reopens, because of unwanted pregnancies. It is young girls who are more exposed to child marriage and female genital mutilations while everyone’s attention is focused elsewhere. It is women who make up 70% of health worker forces worldwide. And it’s women, who are working extra-hours while often bearing the mental burden of orchestrating everything at home. It is mostly women who are single parents. And it’s them, in large parts, who are juggling between working remotely and homeschooling their children. It is mostly women who earn less than men. And it’s them, whose income is even more impacted when “choices” are made for the so-called sake of economic recovery. 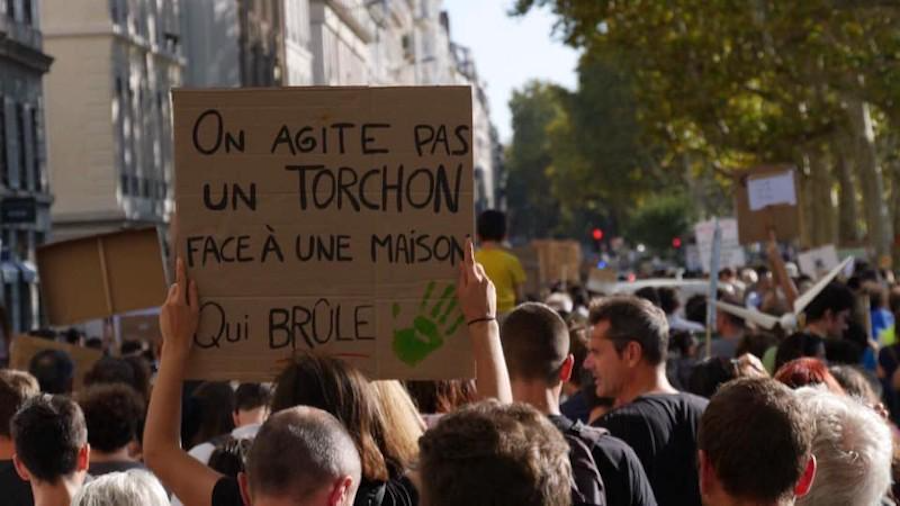 And it is that very same economic recovery that poses a major threat to biodiversity today. When the pandemic reached what we expect to be its 2020 peak, parts of the economy stopped. This halt came in as a temporary breath, a short relief for our ecosystem. Daily global CO2 emissions temporarily fell to levels last seen in 2006 and the first four months of the year showed the global CO2 emissions being 8.6% lower than in 2019. Pictures and videos of wildlife reclaiming their rights came flooding on social media. Dolphins in ports! Reindeers in cities! The list of good news for the planet got longer. Clear water! Breathable Air! And last but not least, China has finally forbidden the consumption and trade of wild animals! Hooray!

Wait - why isn’t everybody cheering? Aren’t we finally on the way to a sustainable future that would ensure our survival as a species? Isn’t this why the kids are protesting these days with Fridays For Future and Extinction Rebellion? The climate movement, indeed, is not overwhelmed with joy. First, because the cost of this reprieve is way too high for anyone to be happy about it - we are talking about hundreds of thousands of deaths. Second, because we see the threat looming on the horizon. After the financial crash of 2008-09, emissions skyrocketed to an all-time high. Similarly, we already see how (some) governments and (some) companies are pulling strings to make up for the lost profits, willing to violate the rights of workers and environmental rules.

If the pattern seems familiar, that’s because it is. Whenever a crisis arises, progressive policies are put on hold and equal rights are delayed for millions of people. This is also true for women’s reproductive rights, and for environmental protection. Covid-19 has created an accountability void in which the ancient rules of power seem to apply. The reality is clear. What isn’t a priority for the gate-keepers in the crisis response are the things that do not uphold their privilege.

Democracy has been slowed down and activists are struggling to bring their fights to new spaces and are finding new ways to organize in their communities. At a time when we expect civil liberties and rights for citizens to be upheld, we have seen more brutality and undignified responses. It is the duty of governments and UN bodies toheed the recommendations that are put out in global solidarity, and address the pandemic from a socio economic perspective, using a gendered lens.

Not all of us have to fight on all fronts - that would be highly demanding and as powerful as we are, we all have our limits. However, it is crucial to be aware of the connections and intersections between our fights and of the various dimensions of oppression. Everything is linked : the sanitary crisis is a result of a patriarchal capitalist oppressive order. And it is the very same culture and politics that promote the exploitation of nature that have allowed the exploitation of women’s bodies. Both are rooted in the same system - like the Hydra, it has one core, but many faces. Spoiler alert - all of them can be slayed, but they will grow back eventually if we don’t go for the root cause.

We call on leaders to take responsibility in safeguarding the hard fought gains and power that women and girls have harnessed  to make informed choices and decisions about their body, their health, their well being and their abilities, without question. We need to come together in solidarity and collectively build a stronger future founded on the normative principles of equality that we have put forward, a future that respects the environment and is not extractive - yes, it is possible, and no, it is not a wishlist. We need bold leaders that are committed to reimagining a world that is sustainable and better than it was before. After all, the 2030 Global Agenda on Sustainable Development can achieve and track the progress expected, if only it is implemented. It should never be about going back to economies that are driven by neoliberal capitalist underpinnings that will increase debt and increase the burden on the ecology that sustains us. It is possible to work with and for women and girls who lead and develop the solutions and manage resources. Fundamentally, governments and institutions need to be accountable for the commitments made to women’s rights, to a fairer economy and to the protection of the environment.

For both women’s rights and environmental protection, we see how the opportunity to do better can disappear before our very eyes, if we are not careful about it. We need to build up momentum from this crisis to create a sustainable, inclusive, feminist future. Women and girls are already the most impacted by the climate crisis. Some women and girls have already learned how to spell resilience, without ever being taught how to write. The Earth has repeatedly sent signals to let us know we are not going in the right direction. Respecting biodiversity and women’s bodies is simply a matter of justice. Justice does not happen overnight. Justice is demanded. Justice is built up from the ground. Justice is the voice of the marginalized finally turned into a roar. Remember, it’s not the head we need to cut - it’s the whole monster we are going for. Together. A luta Continua!