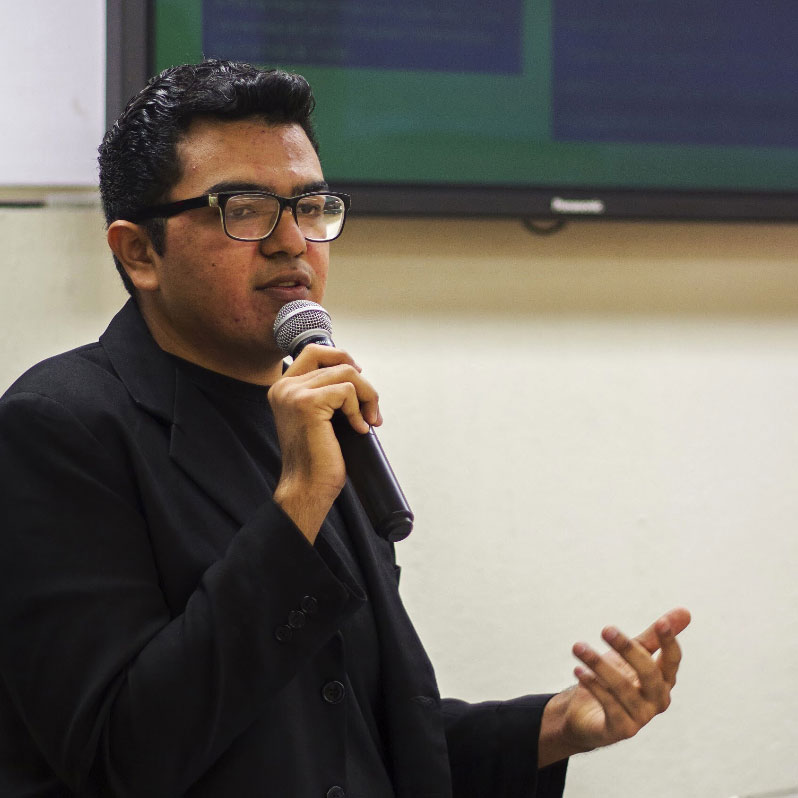 Ruben identifies as a human rights defender and activist for sexual and reproductive health rights, LGBTIQ inclusion, comprehensive sexual education and the meaningful participation of young people in decision-making spaces. Ruben has worked for more than 5 years as an activist and member of the Mexican section of Amnesty International. He has also collaborated with various local, national and international NGOs on different issues as human rights, LGBTIQ rights, youth, citizenship, democracy, mobility and more.

He's currently the coordinator in Mexico for the International Youth Alliance for Family Planning. Ruben is also part of the Youth Reference Group of the GayLatino Network, a Latin American network that works for the rights of gay and bisexual men and HIV. He’s member of the Movimiento Sin Odio (No Hate Speech Movement) that works to generate actions against hate speech.

Ruben is the founder and director of LABSEX, a recently created youth platform dedicated to research and advocacy on sexual and reproductive rights.

As a man, I always question how I fit within the feminist movement and the gender equality movement. I’m not sure whether I identify as a feminist myself, or rather as an ally. But I definitely do know that I can’t keep silent and watch, without lending a hand, as women work to transform the system that we as men built for us.

Every time other men ask me about our role in the feminist or gender equality movement I always think that the best answer is to ask women what they need from us. Because this is, and has to be, a movement lead by women.

I think that as men, we need to question our position in social spaces. We need to question our position in schools, in our work, in government and in every place where we see only men taking decisions. Last week I was left thinking “how many of the congressmen in Alabama questioned themselves on why they should vote against the right of women to decide about their bodies?”.

We have to accept that existent spaces for decision making are still controlled by, or almost exclusively serve, men. And that's not okay. We have to guarantee women’s participation and ensure that women also hold leadership roles; Women leading and men supporting. There’s nothing wrong with it.

I definitely know that things are changing. Some weeks ago in Mexico, my country, the Senate and the Congress approved a constitutional reform to guarantee parity in all the levels of the Government. It means that we’ll have 50% men and 50% women in all the public spaces in the country. This was a process led by women and supported by men. That’s a perfect example of what we have to do to create positive change.

After I read in the SheDecides manifesto that “we- you, and he and them- are standing together with her so she can make real what she decides”, many things were clear to me. We can’t achieve gender equality and reproductive justice for every women and girl if we don’t work together.

For these reasons I decided to be part of the 25x25 with SheDecides. As I mentioned, I'm not sure about if I identify as a feminist or rather as an ally, but I know perfectly well the kind of world and society I want to live in: a world where all the people can decide about their own life. A society based on freedom and justice for everyone. And that won’t be possible until every woman and girl can freely decide what to do with her body, her life and her future. Without question.


"We young people are building the present and the future of the planet with actions that impact on our lives and the lives of others. For me being one of the 25x25 young leaders means an opportunity to increase the impact of my actions in Mexico and in the world defending sexual and reproductive health rights, making it possible for every woman and every girl to decide freely about her body, her life and her future."